Japan prides itself on its culture-rich places and blossom-filled attractions. It is also known for interesting and exotic flavors, such as the octopus flavored ice cream.

Japanese cuisine is famous for their fine presentation and unique ingredients. If you are a traveler, food tasting is surely one of your itineraries. And if you are bound for Japan, then it is a must for you to know their famous local cuisine.

Because not experiencing these foods is a regret of a lifetime. 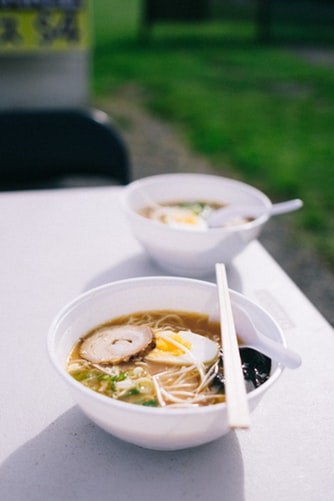 Ramen is a very popular dish that it would be a big surprise if there would be one person who does not know it. Some people once said that it’s too good to remember all your worries.

Those instant ramen noodles in the market are inspired by this Japanese dish, but the authentic ramen is unbeatable. This Chinese inspired noodle soup has a super meaty broth, mixed with miso paste or soy sauce and topped with slices of meat.

You will see this dish in every nook and cranny of the country. Each region in Japan has their own version of ramen. So if your Japan tour includes staying from one city to another, you might want to mingle with those who flock the ramen places to try each type of ramen.

Like ramen, who in this world have not heard about “sushi”? It is indeed a Japanese cuisine because “sushi” is like the other name of “Japan”. The first thing that comes to mind is “Japan” when we hear this word. Sushi is a rolled nori sheet or seaweed wrapper with cooked rice, seafood and vegetables that usually comes with a wasabi in soy sauce.

This cuisine has been around since the 8th century. The method of preserving fish on a fermented rice was developed in Southeast Asia as the first sushi. At first the people were not eating the fermented rice but eventually learned to eat it. Sushi lovers prefer a conveyor belt that is a serving of different kinds of sushi.

The all-time favorite flavor and world famous ingredient packed with nothing but goodness for the body. People have been falling in love with matcha since day one of its existence.

Matcha is not just another green color in food and beverages but it’s actually a pulverized leaf. It was originally taken as tea, but we incorporate it to almost any food and drink now.

It looks fresh, it is healthy and tastes amazing the reason the majority of us love it. Unlike other teas in a bag we boil and toss in the trash after taking all the flavor, matcha is an entire bunch of leaves we consume with all its health benefits.

People of all ages love it in ice cream and other dairy products. It is the most popular flavor of milk teas and smoothies. The matcha seeds were originally from China back in the 8th century. But the Japanese were the ones who discovered the cultivation method to bring out the best in it.

The reason we now enjoy it is that of the way these leaves are cultivated in Japan. And just like sushi and ramen, matcha has an equal level of
popularity and a flavorful taste that is worth experiencing.

This cuisine is the Japanese version of grilled meat and barbecue. A writer named Kanagaki popularized the word “Yakiniku”. It simply means grilled meat where “yaki” means “grilled” and “niku” means “meat”.

The Japanese adopted the idea of grilling meat from the Korean workers hundreds of years ago. However, the distinct taste and preferences in the meat are certainly Japanese in style.

Different sauces mixed with vegetables add flavor to the yakiniku by dipping it. This cuisine is served with the best kinds of meat, tender and juicy enough to be grilled within just a few minutes. In fact, they suggest grilling each side of the meat in just one minute.

Most non-Japanese citizens prefer tempura over sushi with sashimi because of the way it is cooked. Tempura is usually a shrimp rolled in flour that easily gets cooked in just a few minutes.

Unlike sushi, which may be served with raw fish, sashimi, tempura is well done by frying. So if you are in Japan and you are not a fan of uncooked fish in sushi, your best bet is tempura.

But if you are allergic to seafood, you can still enjoy this cuisine using vegetables. Because tempura is a Japanese dish of shellfish, fish or vegetables dipped in a mixture of iced water and flour before deep frying.

Teriyaki is another well-known Japanese gourmet for its mixture of flavor. This famous cuisine could be a sauce or grilled fish or meat. Teriyaki is a Japanese cooking technique in which they broil or grill the meat and fish glazed in teriyaki sauce.

The teriyaki sauce is a combination of soy sauce, mirin and sugar that represent its authentic Japanese taste. It became famous because of its bursting flavor of saltiness, sweetness and every good thing you can taste.

Dango is balls of rice cakes on a stick. This is a sweet-tasting festival food that is very popular in Japan. It is famous across Asia, as most Asian countries have their own version of it.

But the Japanese were the ones who introduced it to some western territories. Dango is made of sticky rice flour covered in a sweet soy sauce. They are presented in different colors during festivals in Japan. People usually enjoy this dessert with green tea.

Dango comes in various flavors difficult to find anywhere else. So make sure not to miss them during your travel to Japan. 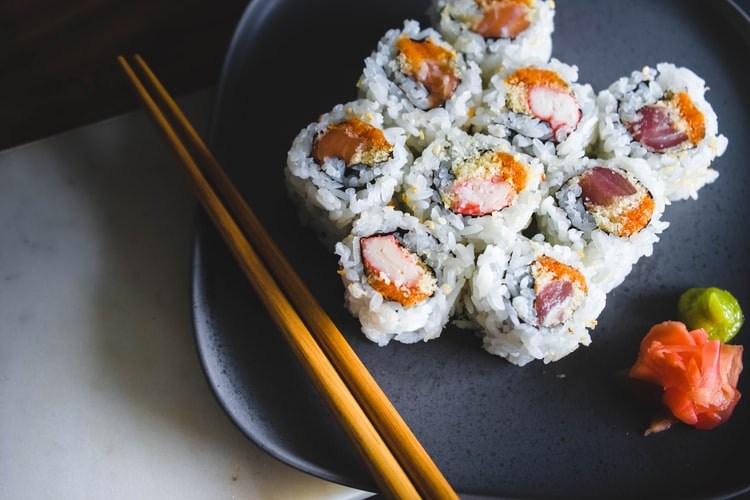 Top Foods to Enjoy When Visiting the Us

Using The Flavor Triangle In Your Food